A daily dose of collage creativity, in images, words and thoughts. Always remember, "Everything will be alright in the end...if it is not alright it must not be the End"

Reflection on life that passed.

I could bring it the surface of a canvas, watercolor paper or wood panel...but today I bring it to the computer screen and type it out.


News of a dear father figure has come and he has passed,  last night at 9:15 pm.

At this point with the current world situation of the pandemic I will be staying put for now...but maybe in the future a visit will come to see my mom and sister.

At an age where my personality and views of life were strongly formed (12 years old with much responsibility already)...My Parent slip up and split up, I could say I was the victim of this and was left abandoned.  But that wasn't true, it sure felt like it, then everything changed.

New families added and merge....Worked both of two world you could say.

Harboring thoughts and feelings....you go along with the authority of the day. Heck they were you parents...both sets right?

with a bit of wisdom...there is so much gray area in life I see now...

My step father was an OK dude....I know he cared about us... my favorite memories were going to the Wisconsin State Fair...for the first time eating Roasted Corn on the Cob.    And sliding down the huge slide in a potatoes sack, up and down....I could do that again and again, I think I did.

On Sunday's when it was visitation day, We, my sister and I would go with my mom and step day to the Dog show...but this one a show to see what the dogs were trained to do in the strength of field. Dog pulling, retrieving extra.

There was a time when we went to the Lake Front in the middle of winter....and walked the beach. Snow and ice were all pushed up and we watched this Alaskan Malamute wander the shore as we walked with him.   Cold bundled but happy and loved the elements were in. Crazy I know.

My sister was Tina was 6 years younger then I and she really clung to my mom...Hell I think she was 6 at the time my mom left.   I shed tears for her and what she went through...But they have been working at what ever they had to now as they both live in the same state.

Most of the time it was Sundays watching football games, eating pizza and having popcorn...and I got to walk the big Canadian Alaskan Malamute around the apartment complex.

It's been a tough 8 or so years for my mom...you see my step father had some complications and dementia which left him in need of a care give all the time.  My mom was that mostly and she had help....What a resourceful woman she has been through this illness.  What an journey have been through. 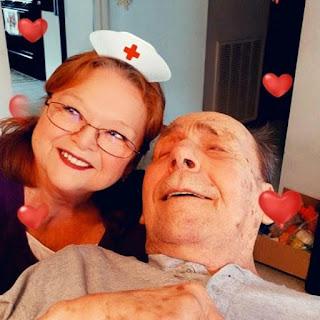 This is a picture of him about three years ago, My mom is a school bus driver and it was Halloween, Hope her caregiver helped her dress up and she was able to get a picture of him and her together like this. My mom is 4'11 and Bill was like 6'1...what fun couple they were together.  They drove Semi-Truck together as a team for JB Hunt back in the day and drove over 1 million miles.  Got awarded for that.  Always yelling at each other, which I never liked but it was their thing...Bill was know for his walk which was like a Penguin and my mom for her little shake in the booty area. 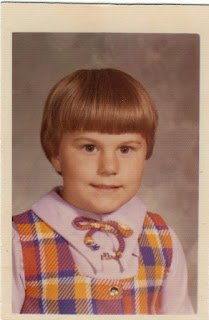 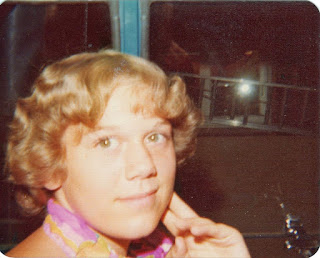 Thank you for stopping by and viewing my collage chatter, many creative blessings and peace to you and yours,
~v~Laura 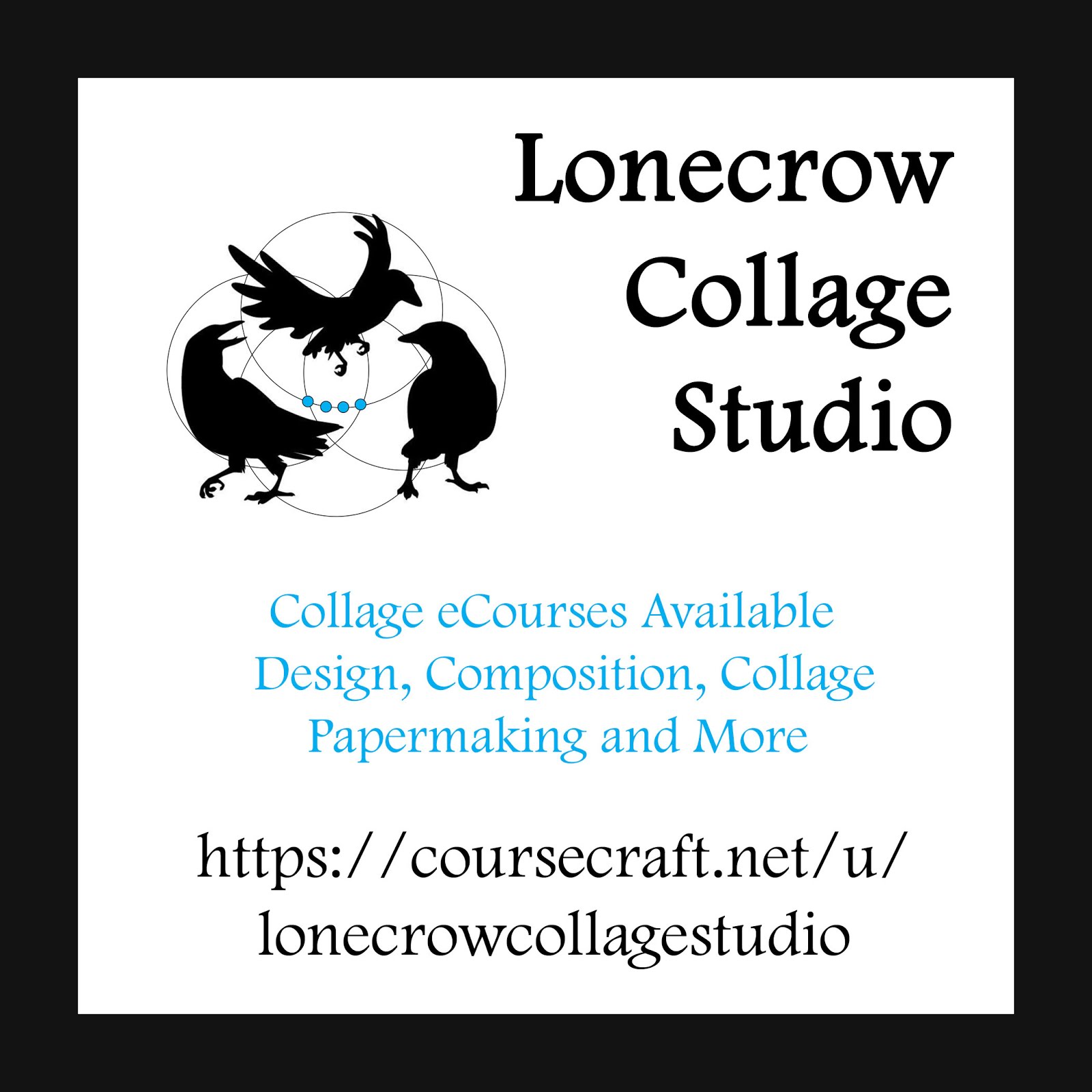 When was Paper Invented? 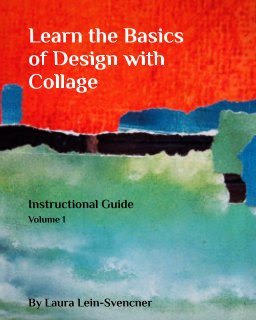 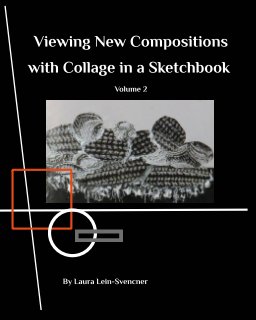 Viewing New Co...
with Collage in a S...
By Laura Lein-Svencer 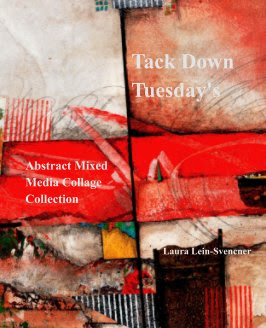 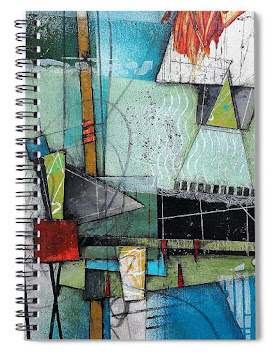 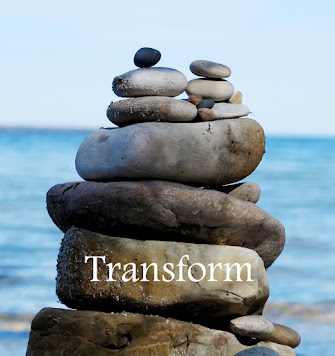 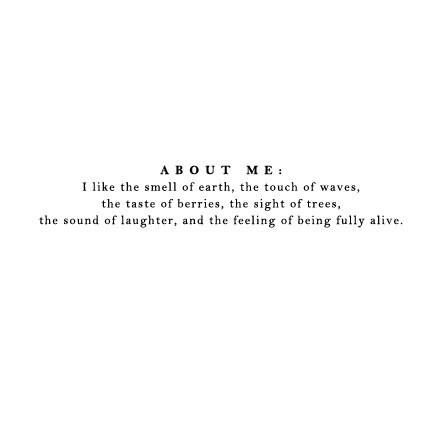 As artists, we explore the territory of the human heart, braving the dark woods to report to our human tribe that a trail can be found, and we will survive. As Artists, we are scouts of consciousness, trailblazers for community and culture. Julia Cameron. 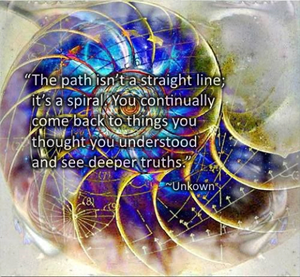 Books and Magazine My Collage Works is Published in

* Get new website up and running
* Get another online course ready to launch
* Complete a mouse in my series of animals. (make him Larger)
* Launch another art book club...maybe

Sharing a bit of News...
Somerset Studio's Jan/Feb 2016
April issue, The Artist Magazine...my work will be in it with two other collage artists.
July/August Issue of Cloth Paper Scissor, check it out
Peninsula Plus-Door County-June Article

Starting from within, working in a circle, in a sacred manner, we heal and develop ourselves, our relationships and our world.

“If we can see the path laid out in front of us there is a good chance it is not our path. It is probably someone elses we have substituted for our own”- David Whyte